Rwanda’s Renus Uhiriwe: “I really hope that I will be at the 2025 World Championships” 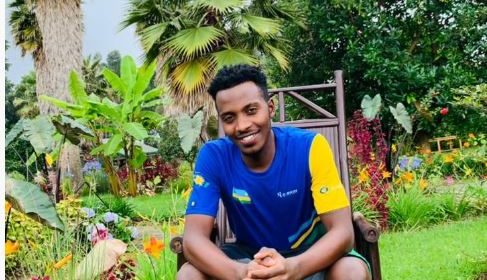 Amidst his preparations for the race, Renus took the time to tell us a bit more about himself and his hopes for the future

20-year-old Renus Uhiriwe is currently preparing to race the upcoming Tour du Rwanda for the national team ahead of travelling to Europe and linking up with his Italian-based UCI Continental Team Qhubeka (www.TeamQhubeka.com) squad.

He treads a familiar path for talented young riders from Africa, as they look to first make their mark at home and then take the next step with their sights firmly fixed on one day performing at the highest level.

Amidst his preparations for the race, Renus took the time to tell us a bit more about himself and his hopes for the future.

Q: Tell us about where you are from, and a bit about your family.

I’m from Rwanda, something that I’m incredibly proud of, and at home it’s my mother and sister and brother while I’m the youngest child.

Q: How did you become to be a cyclist?

My father used to ride a bike so I got his one when I was still young and I liked it very much; after which he then bought me a small bike. My home is near the Africa Rising Cycling Centre and I saw the cyclists passing my home, going to the centre for training.

I really just enjoyed riding my bike and eventually got to train with the national team, and it went from there. In my first race I won the Rwandan Championships, so that confirmed to me that it was my talent; I started to race my bike more regularly and decided it was my dream. The bicycle has literally changed my life.

Q: Who is your cycling hero?

I have many cycling heroes. As I’m a sprinter, I like Peter Sagan and Mark Cavendish but then I also have other heroes in Tadej Pogacar and also Egan Bernal. I also am a big fan of Giacomo Nizzolo who used to race for our team, and always showed such tremendous fight. As a sprinter I want to do well here in Africa but also, importantly, in Europe.

Q: What is your cycling goal?

My ultimate goal is to win races in Europe and then to graduate to the World Tour. But first is to win races in Africa – it would be a huge moment for Rwanda and also a big step in my cycling career. I could, potentially, be the first Rwandan to win a stage at the Tour du Rwanda since it’s been classified as a UCI 2.1 event.

Q: How proud are you to represent Rwanda on the global stage?

I am extremely proud to represent my country – it means everything to me – and I have set myself a goal of winning a stage at the Tour du Rwanda which would be amazing for our country.

Q: The 2025 UCI World Championships are in Rwanda, will you be there?

I really hope that I will be at the 2025 World Championships. That is my goal and my target. It would be amazing to race on my home roads in front of our incredible, proudly representing Rwanda. This will be an amazing moment for our continent and for cycling.

Q: What is your message to young Rwandan cyclists, and other riders from Africa, who want to emulate you in travelling to Europe to race your bike?

Young riders need to work hard and to love what they do. For young African riders to have the opportunity to race in Europe is extremely important, so my message is that they need to focus and love racing their bikes.

Team Qhubeka is a purpose-led, high-performance team, fighting to win on the world’s biggest stage, to inspire hope and create opportunity. Founded in 2007, Team Qhubeka became the first-ever African cycling team to gain a UCI WorldTour license, in 2016.

We achieved our first major win in 2013 when Gerald Ciolek won Milan-San Remo, one of the five Monuments of cycling. We have competed in six Tour de France’s and notched up 7 stage wins, with Mark Cavendish wearing the coveted Yellow Jersey at the 2016 Tour de France.

2022 saw us return to UCI Continental status as we took the next step in our journey that will see us rebuild, with the intention to return to highest level and once again represent Africa at the Tour de France.

We are a multicultural, diverse team with bases in South Africa, the Netherlands and Italy. Our focus on developing African cycling has resulted in more than 55 riders from the African continent be given the opportunity to race on the world stage.

We race to help people to move forward with bicycles through our relationship with Qhubeka Charity. Through our work with Qhubeka, we have contributed to the distribution of over 35 000 bicycles in communities in South Africa.

Qhubeka is a charity that moves people forward with bicycles. People earn bicycles through our programmes, improving their access to schools, clinics and jobs.

A bicycle is a tool that helps people to travel faster and further, and to carry more. In the face of extreme and persistent poverty, bicycles can change lives by helping to address socioeconomic challenges at the most basic level – helping people to get where they need to go.

The Africa Eco Race has arrived in Dakar, with video